Symposium “Controversies in Glaucoma: Focus on Monitoring of Various Types of Glaucoma” is an annual event designed to broaden and deepen knowledge of Russian ophthalmologists in the glaucoma diagnosis and treatment and to open a dialogue between the Russian and foreign doctors on the most complex and unresolved issues related to this disease. The problem of glaucoma is of interest in both Russia and abroad due to the fact that glaucoma is the most common cause of irreversible blindness in the world, although there are a consensus and adopted standards for its diagnosis and monitoring.

The presentation of the latest achievements and exchange of opinions on these issues are very useful for both the Russian ophthalmologists and their foreign colleagues. From year to year the Symposium expands its boundaries and attracts more and more participants, which is encouraged by the videoconferences with different regions of Russia and foreign countries.

The Symposium is held by the Russian Society of Cataract and Refractive Surgeons (RSCRS) with the support of the State Duma Committee for Science and High Technology of the Russian Federation and “Greenlight” Environmental Public Organization. 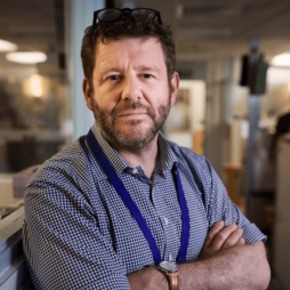 S.H. Ho prof. of Ophthalmology & Visual Sciences and Chairman of Department of Ophthalmology and Visual Sciences at the Chinese University of Hong Kong, Director of the CUHK Eye Centre, Honorary Chief-of-Service of the Hong Kong Eye Hospital, Deputy Director of the Shantou University/The Chinese University of Hong Kong Joint Shantou International Eye Centre, Honorary Consultant of the New Territories East Cluster Ophthalmology Service, Vice President and Fellowship Examiner at the College of Ophthalmologists of Hong Kong (COHK), Secretary General &CEO of the Asia-Pacific Academy of Ophthalmology (APAO), Vice President of the Asia-Pacific Glaucoma Society (APGS), Chair of the Academia Ophthalmologica Internationalis (AOI), member of the Board of Governors of the World Glaucoma Association. Research interests: primary angle closure glaucoma – laser and surgical treatments, pattern and risk factors for disease progression, genetics, mechanism of angle closure, intraocular pressure fluctuations. Principal Investigator of the three multicentre randomized controlled surgical trials on the outcomes of cataract and clear lens extraction in PACG. Was awarded the inaugural Nakajima Award by the APAO and the Ten Outstanding Young Persons Award in 2005 for his work on prevention of blindness; received the APAO Outstanding Service in Prevention of Blindness Award in 2011, the APAO Distinguished Service Award in 2013 and the Senior Achievement Award from the American Academy of Ophthalmology (AAO) in 2016; presented the Holmes Award Lecture, the highest award for prevention of blindness in the Asia-Pacific region, at the 28th APAO Congress in 2013; presented the APAO De Ocampo Award Lecture at the APAO 2015 Congress, the highest award for excellent academic achievements in eye research. 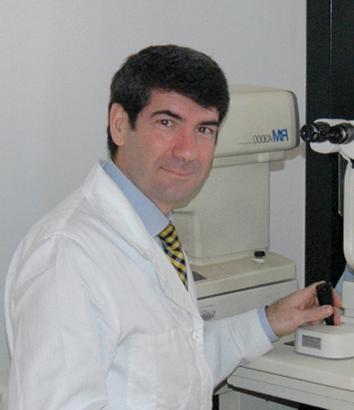 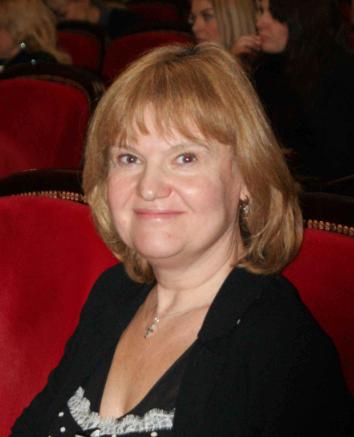 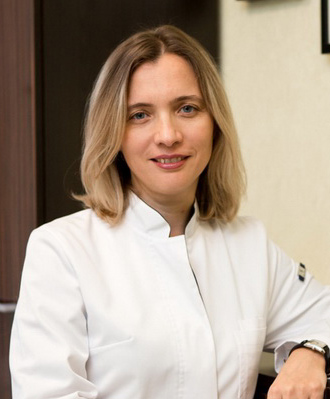 MD, Head of the Clinical Research Trials for Ophthalmology at the Research Institute of Eye Diseases, expert of the Russian Academy of Sciences. 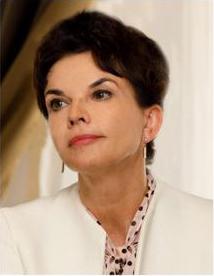 Head of the Department of Eye Diseases of the Medical and Biological University of Innovation and Continuing Education of the Federal Medical and Biological Agency of Russia (FMBA), prof. of the Department of Ophthalmology at the Postgraduate Education Academy of FMBA of Russia, Head of Consultative and Diagnostic Department of the Ophthalmological Center of FMBA of Russia, member of the European Glaucoma Society (EGS) and the American Academy of Ophthalmology (AAO), honorary member of the Italian Glaucoma Society, scientific supervisor and coordinator of the "Glaucomatous Optic Neuropathy" Federal Target Program, the representative of the Russian board of the European Association of the evidence-based Predictive, Preventive and Personalized Medicine. Research interests: etiology, pathogenesis, laser and surgical treatment of glaucoma, neuroprotection, angle-closure, normotensive and pseudoexfoliative glaucoma, retinal diseases. For the last 10 years, has been studying new methods for visualizing the optic nerve and retina in glaucoma, disease progression and ocular blood flow. The author of over 300 scientific works including papers in international peer-reviewed journals, monographs on diagnostics and treatment of glaucoma and ocular blood flow as well as 10 patents for inventions. Member of the Editorial Boards of National Journal Glaucoma (Russia) and Ophthalmology in Russia (Russia), a reviewer for more than 10 peer-reviewed journals, including British Journal of Ophthalmology. Awarded by the Ministry of Education of the Russian Federation for the development of scientific research on topical problems of fundamental and applied science in the field of education, achievements in the training of highly qualified specialists, for the introduction of new forms and methods of teaching into the educational process.

ph.D.(Medicine), Assistant prof. at the Ophthalmology Department of the Kursk State Medical University, Deputy chief medical officer at the “Ophthalmological hospital” regional state-financed health institution (Kursk, Russian Federation), Member of the Expert and Coordination Council of the Russian Glaucoma Society, Editor-in-Chief of the “Glaucoma News” professional bulletin for ophthalmologists. Elected a Member of the European Glaucoma Society Executive Committee in 2016. 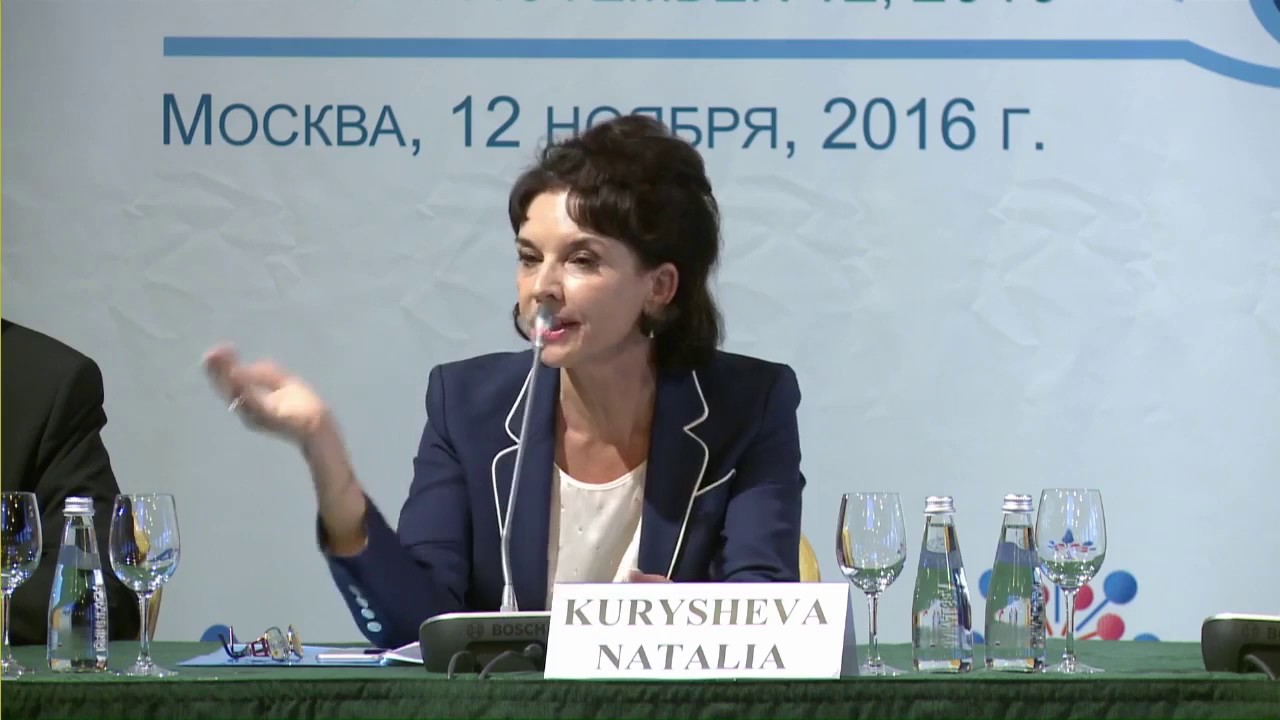 Welcome speeches by the Head of the Committee on Science and Hi-Tech Industries of the State Duma of the Federal Assembly of the Russian Federation Academician V.A. Chereshnev and by the President of the Russian Society of Cataract and Refractive Surgeons (RSCRS) Prof. V.N. Trubilin. Opening of the Symposium, Presentation of the Lecturers by Prof. Kurysheva N.I. 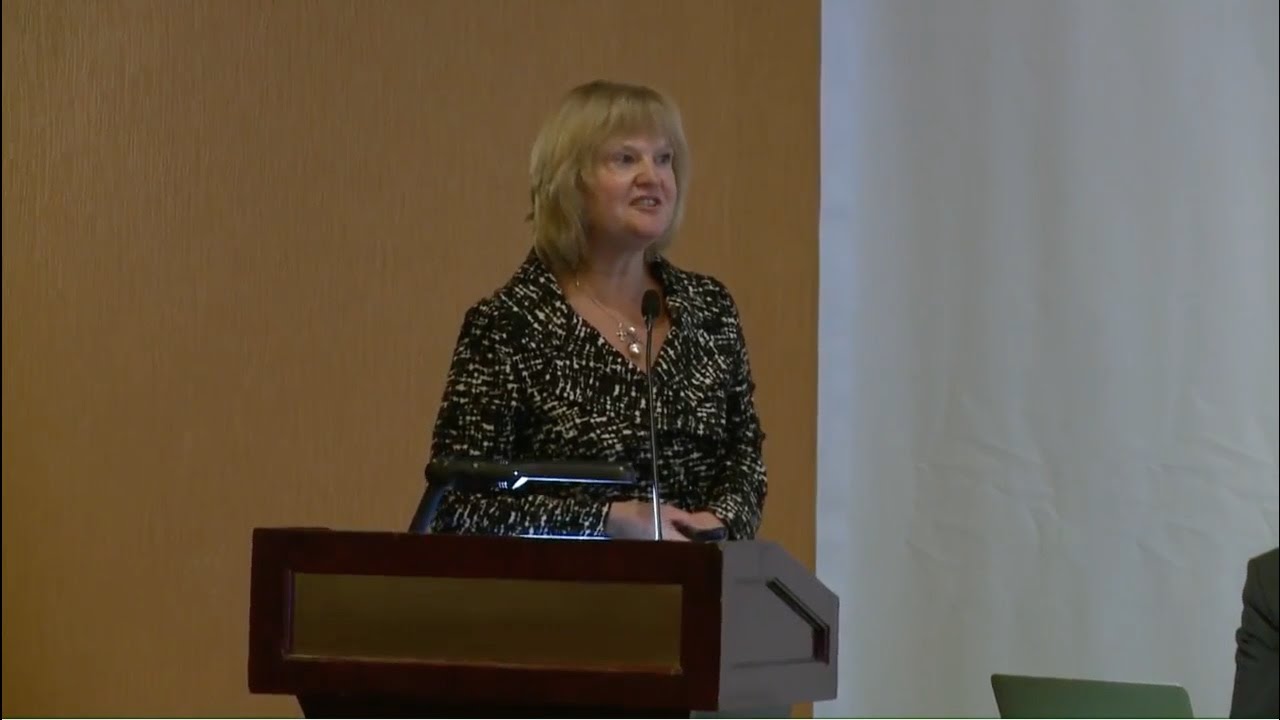 Primary Glaucoma Monitoring and Risk Factors: Which of Them Have the Priority?

The report provides an analysis of systemic and local risk factors for the glaucoma development. The major risk factors are age, sex, race, heredity, features and anomalies of the eye structure, IOP, vascular disease in past medical history, pathology of the endocrine and nervous systems. Glaucoma is not just a disease involving the visual analyzer, but a manifestation of systemic disorders. 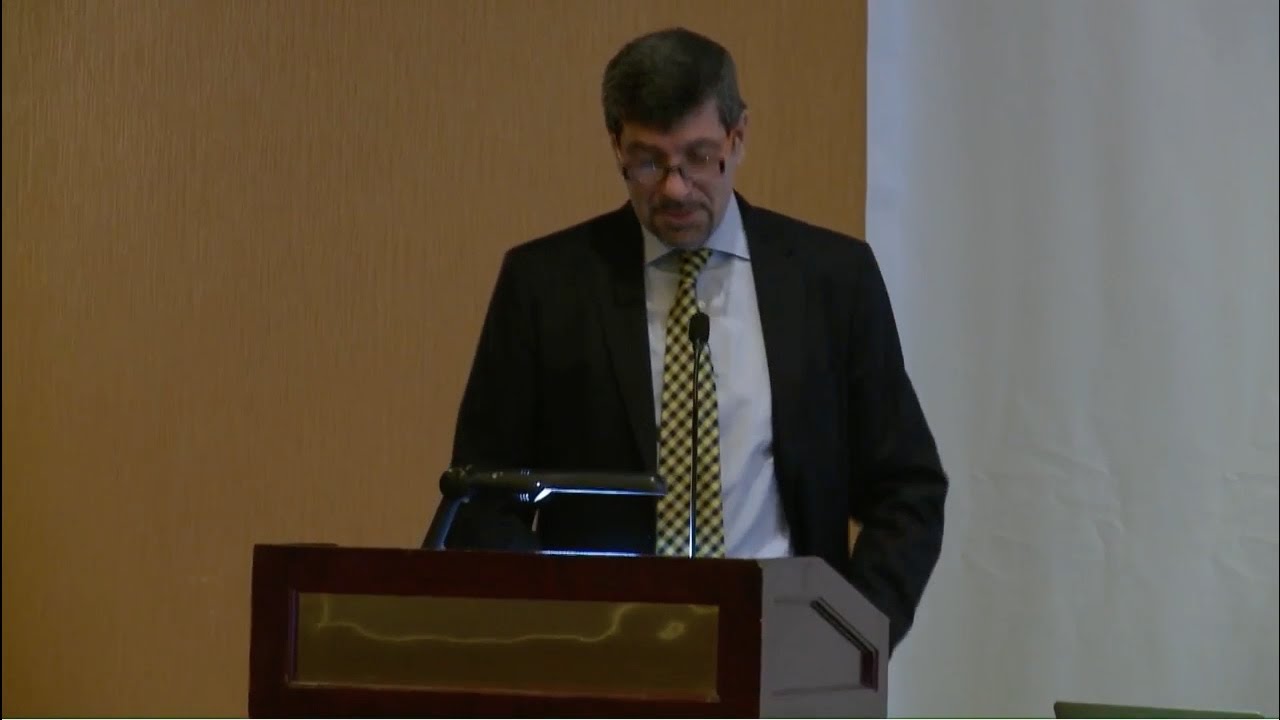 Monitoring of the Primary Open-Angle Glaucoma: Are the Standards Feasible?

According to the recommendations of the European Glaucoma Society (EGS), there are certain algorithms of diagnostic and monitoring of patients with glaucoma. They are taken as standards and significantly facilitate the work of practicing physicians. However, they may not always be suitable for a specific patient. In each case it is necessary to take into account the presence of risk factors and disease progression. In addition, modern diagnostic methods, while expanding our understanding of the disease pathogenesis and allowing early identification and detection of the progression, are not devoid of artifacts that should also be considered.

Monitoring of the Pseudoexfoliative Glaucoma: Are There Special Issues?

Recently, pseudoexfoliation glaucoma (PEG) has become of particular interest to researchers due to several factors. In the first place, it is the clinical significance of the disease, which is more severe, with progressive visual functions’ degradation, relative resistance to drug treatment, the nuances of intra- and postoperative periods of glaucoma surgery, etc. stipulating eventually the worst prognosis in comparison with the other forms of glaucomatous process. Epidemiological characteristics of pseudoexfoliative process, allowing enlisting the Central Region of Russian Federation to the areas with a high prevalence of the disease, are of great importance. Finally, we have obtained new data (in particular such fundamental data as genetic, biochemical, immunological, and pathophysiological) representing the specificity of PEG. This allows considering PEG not only as a kind of open-angle glaucoma, but as a special form of the disease requiring, in addition to the standard technologies, the development of qualitatively new specific approaches to the early diagnosis, monitoring, medical and surgical correction. 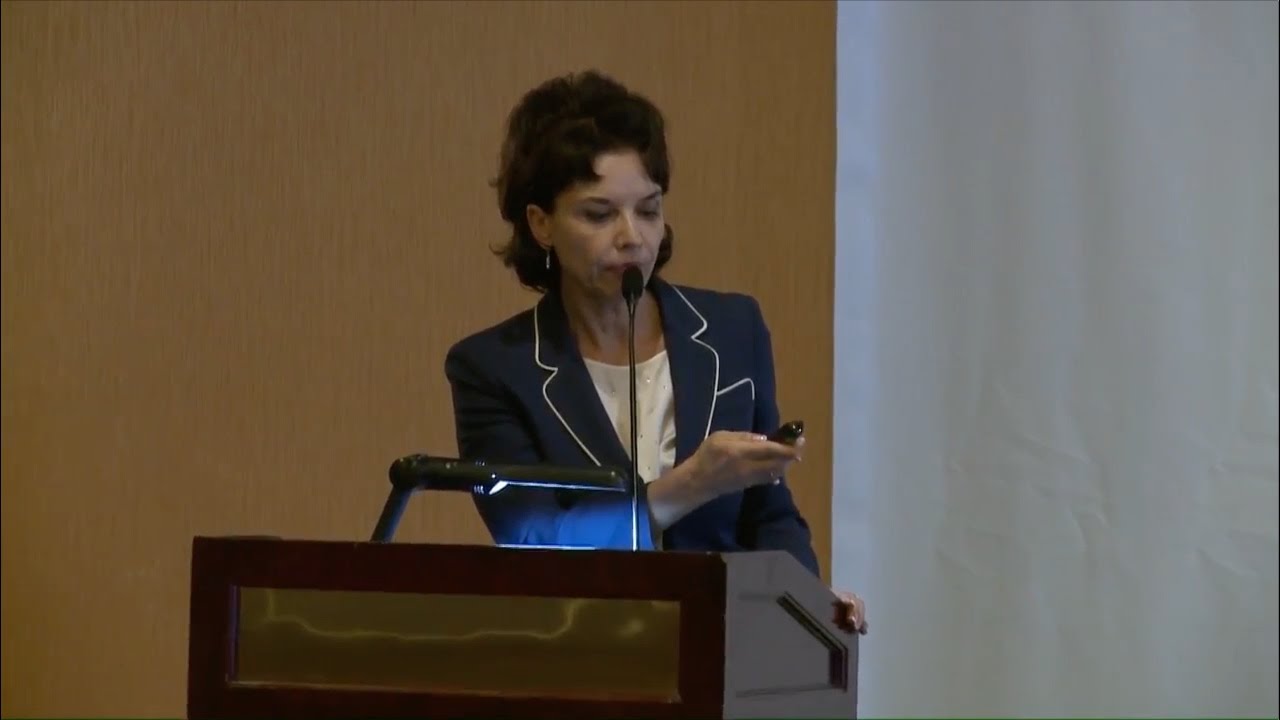 Monitoring of the Normal-Tension Glaucoma: Is Blood Flow of the Eye the Key Point?

Although a form of primary open-angle glaucoma, normal-tension glaucoma (NTG) has many features relating to the pathogenesis and diagnosis and treatment strategy. The report will discuss aspects of differential diagnostics of NTG with other diseases of the central nervous system and endocrine disorder. Particular attention will be paid to the role of circulatory disorders in NTG and the unresolved issues of NTG monitoring.

Monitoring of the Angle-Closure Glaucoma: Several Most Controversial Problems

Angle-closure glaucoma (ACG) is a very special form of primary glaucoma, which requires a doctor’s specific and timely action. It is not always easy to make a right decision. This applies, for example, to the choice of replacing the crystalline lens or conducting combined operations (phacoemulsification cataract surgery and sinus trabeculectomy). The report will disclose algorithms of diagnostics and choice of treatment strategy with focus on controversial issues of ACG monitoring. Also the results of multicenter studies and examples of specific patients will be considered.

The report gives a contemporary view on the development and course of age-related macular degeneration and glaucoma. The problem of intravitreal injections of anti-VEGF drugs at an elevated IOP and the possible impact on the glaucomatous optic neuropathy have been considered as a separate problem.

Monitoring of various forms of glaucoma: “What? When? Why?” (interactive session with the regions)

The interactive part of symposium was devoted to the results of the International Questionnaire. More than 500 ophthalmologists from 35 countries participated in the symposium and answered the questions on glaucoma monitoring. The discussion of the Questionnaire, designed by Professor Kurysheva, became particularly interesting when the global leading glaucoma specialists joined it: Shmetterer L. (Austria-Singapore), Pfeiffer N. (Germany), Gugleta K (Switzerland), Van Keer K (Belgium). The Russian experts (Kuroedov A., Iomdina E., Petrov S., Loscutov I., Antonov A.) and the colleagues from the regions of the Russian Federation (Samara, Kazan, Perm, Voronezh, Astrahan) took part in the discussion as well.